Antlion Goes Hands on with the HTC Vive

It’s hard to put into words, or even capture with a video, the experience you get slipping on the HTC Vive. Even the most rudimentary of tasks become a full submersion experience; from changing the song to, starting the next game, the Vive delivers a mind blowing glimpse into the future of VR. I want to give you all my best shot at explaining my personal Vive experience so I’ll start from the beginning.

The setup process for the Vive is both fairly straight forward and interactive. HTC and Steam together provide a great tutorial for linking your controllers and mapping the room. This is not to say you won't be met with a few hiccups along the way, and mapping has a bit of a learning curve. I think if we had a dedicated room optimized for VR (personal holodeck if you will) most issues would disappear and the experience would be that much more enjoyable. Simply put, not every room is great for the Vive. Upon entering the virtual world for the first time you are met with an empty wire frame room (which you previously mapped with the help of the tutorial) with what feels like a twelve foot floating menu in the middle of it. You use your controllers to select the game you want to play and the room goes dark, for me this was so suspenseful, I was just standing in the amazing virtual space and now I am in utter darkness waiting for my first real journey into virtual reality.

As that first game loaded up and the virtual world filled in around me, I was completely disconnected from the actual reality that surrounded me. This experience is something I just couldn’t get with other VR headsets. The ability to walk around the world and interact with objects in a natural way is unparalleled by the competition. I was not in some crazy racing game or battling it out in a hand to hand death match, no I was making balloon animals and building contraptions out of them. It was like virtual Besiege for kids, but it didn’t matter. I could have been sitting in a field watching grass grow and would have been just as awestruck. 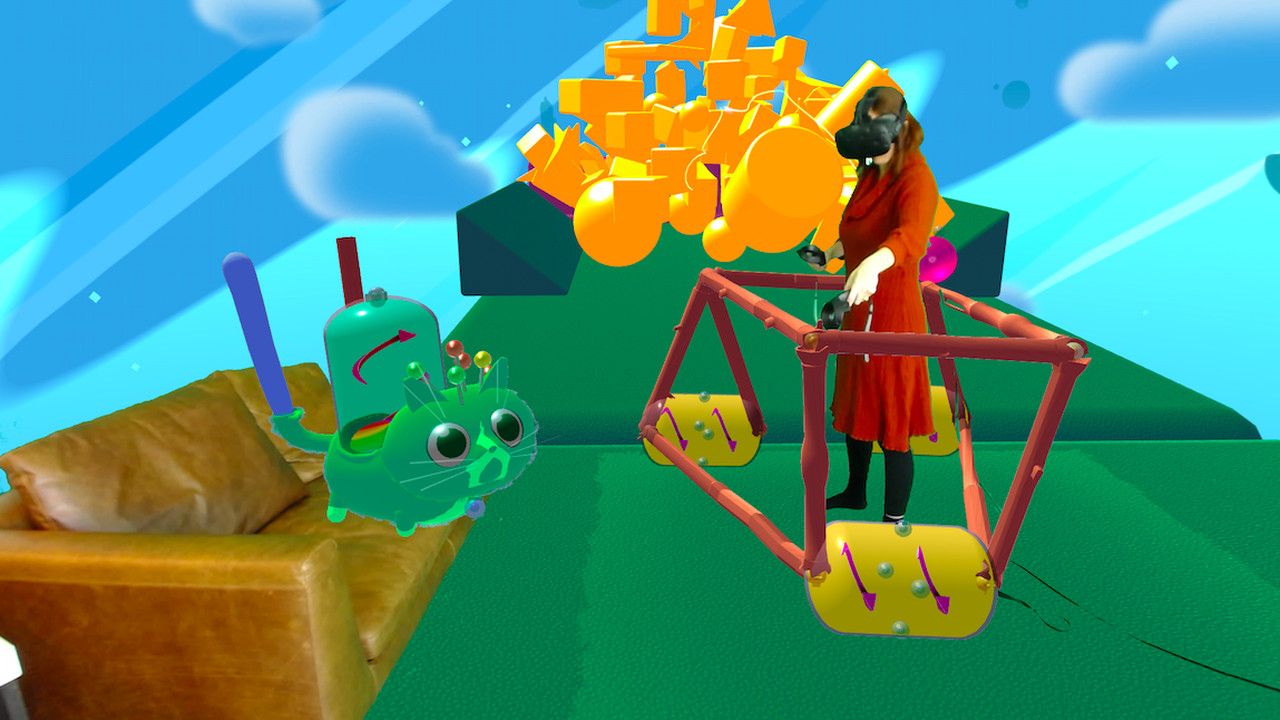 Yes, I understand no one is interested in watching the grass grow, so we decided to grab a few games and give it a go. We started simple with the Ikea Experience and Tilt Brush, which were amazing. Then we graduated to games like Xortex, an awesome pilot shooter that you see at the beginning of the video. Then we fired up the game Audioshield, which is essentially a VR version of Guitar Hero, or so I assumed. Although the base concept was the same, you would have to hit flying orbs to the beat of the music. There are a few things that set it apart, one being that you can use any song in your library or from an online source. Most of all you are in a complete virtual world surrounded by the music, with colored orbs flying directly at you from all different angles. You have to block each orb with the corresponding shield that is attached to each one of your arms. This becomes a very fast paced entertaining game that I could see being amazing fun for the entire family or party.

Although I don’t think that Virtual Reality is a polished technology by any means, HTC has breathed new life into what was for me at least a less than exciting market. Never before has a headset transported us to a virtual world this fully. In combination with special mapping and environmental interaction it is by far the most advanced VR headset on the market. With HTC and Steam working so close together on this project I cannot wait to see what the seemingly near future holds for us.